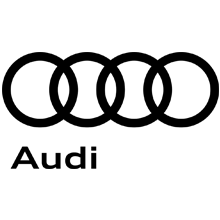 Book a test drive
View Solitaire locations
Ask us a question
Discover our finance options
Book a car service
Born on the track. Built for the road.

he Audi R8 name is synonymous with the very pinnacle of high-performance motoring and while both of these models share the R8 moniker, they each exhibit their own unique character. Both striking in design and finish, they differ most in their power delivery and effect that has on the driving experience.

With its mid-mounted V10 engine developing 397kW and power down to the rear wheels, the R8 Spyder V10 RWD is one for the purists. Its stablemate, the R8 Spyder V10 performance quattro boasts 449kW – the addition of the brand’s legendary all-wheel drive changing the dynamic and providing a surefooted feel even at the extremes of performance.

It pays to drive the Audi R8 Spyder V10 with the hood down. An electrohydraulic drive folds the hood under a carbon-fibre-reinforced polymer (CFRP) lid in just 20 seconds at speeds of up to 50 km/h. It’s just as easy to retract and extend the rear window in the bulkhead at the push of a button.

The epitome of performance

The performance figures are impressive, but they tell just part of the story. Yes, the R8 Spyder V10 RWD dispatches the 0 to 100 km/h sprint in just 3.8 seconds on the way to a top speed of 322km/h, but mere numbers can’t convey the pure shot of adrenalin you feel with each serious application of throttle. Nor can numbers describe the sound of the naturally aspirated, 5.2-litre V10 engine under load or impart the feeling of 397kW and 540Nm of torque unleashed. 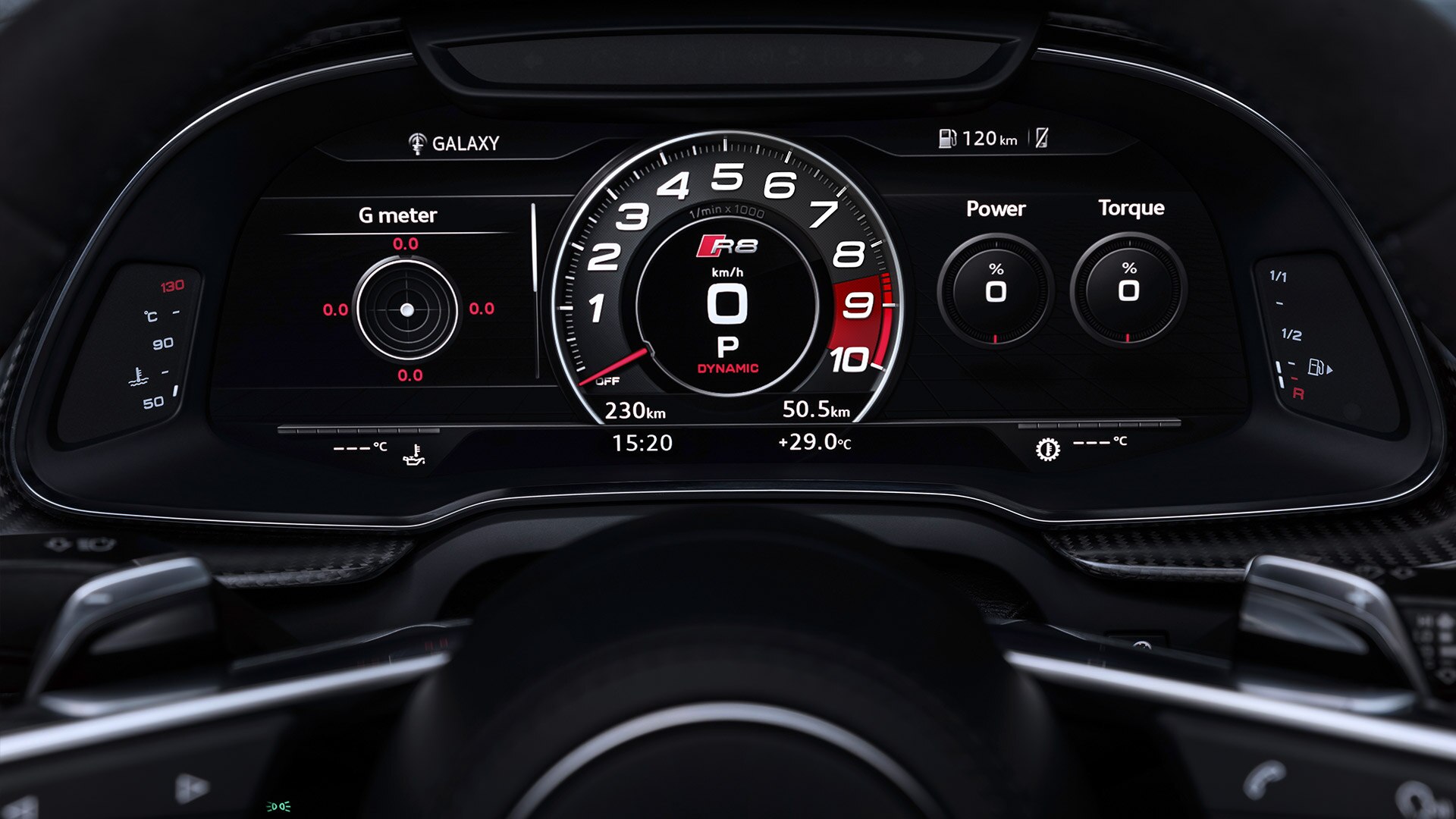 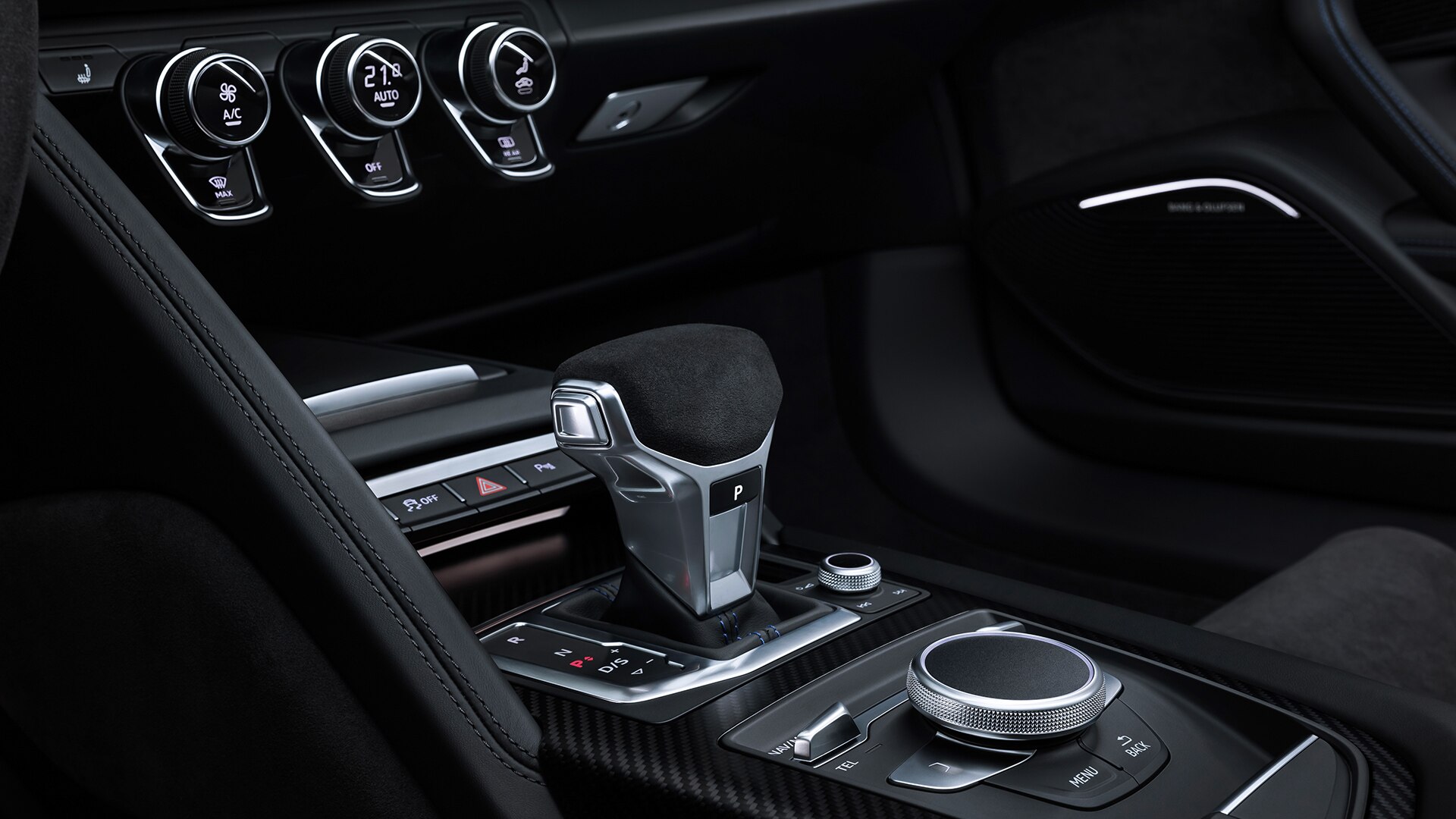 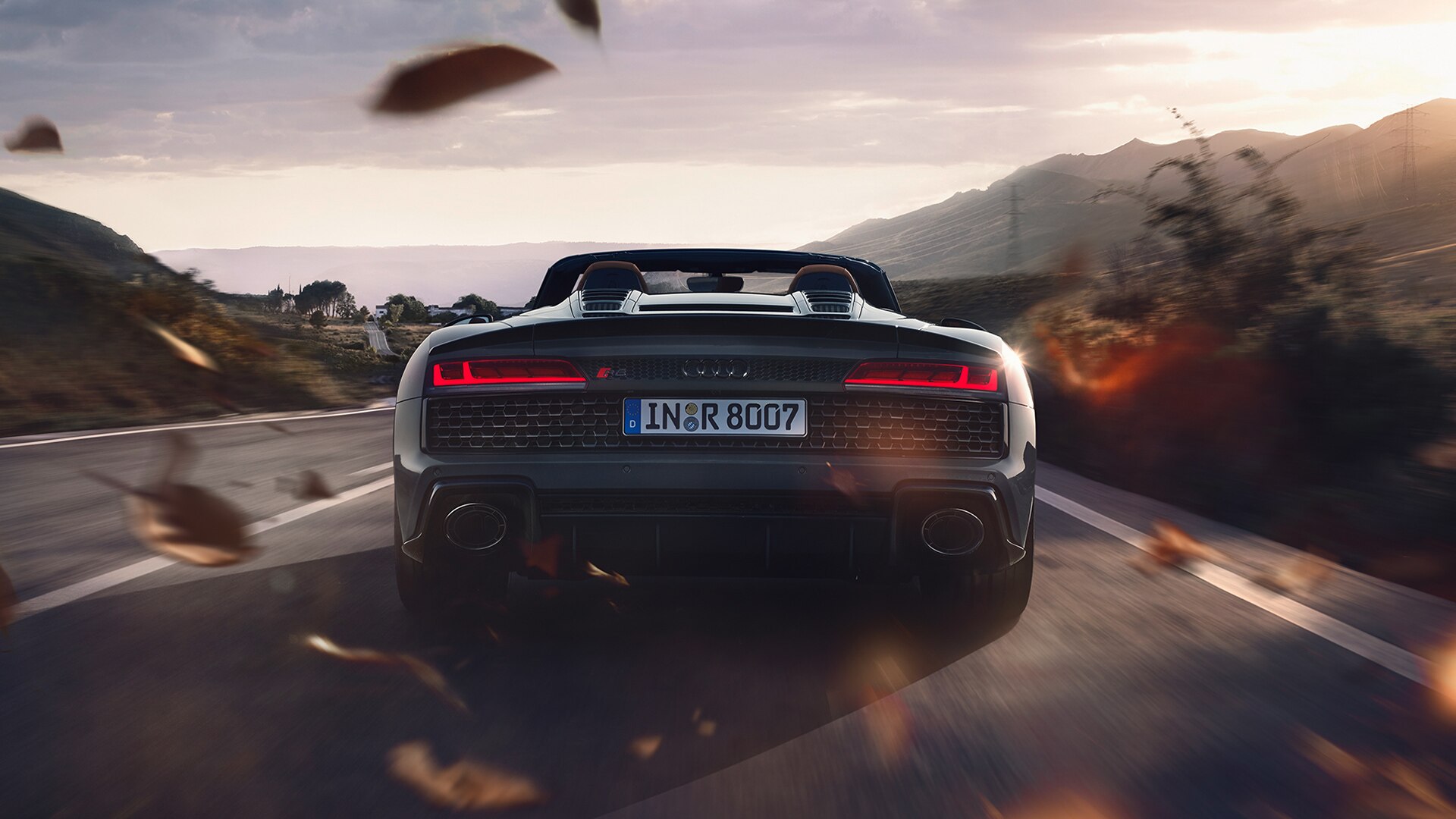 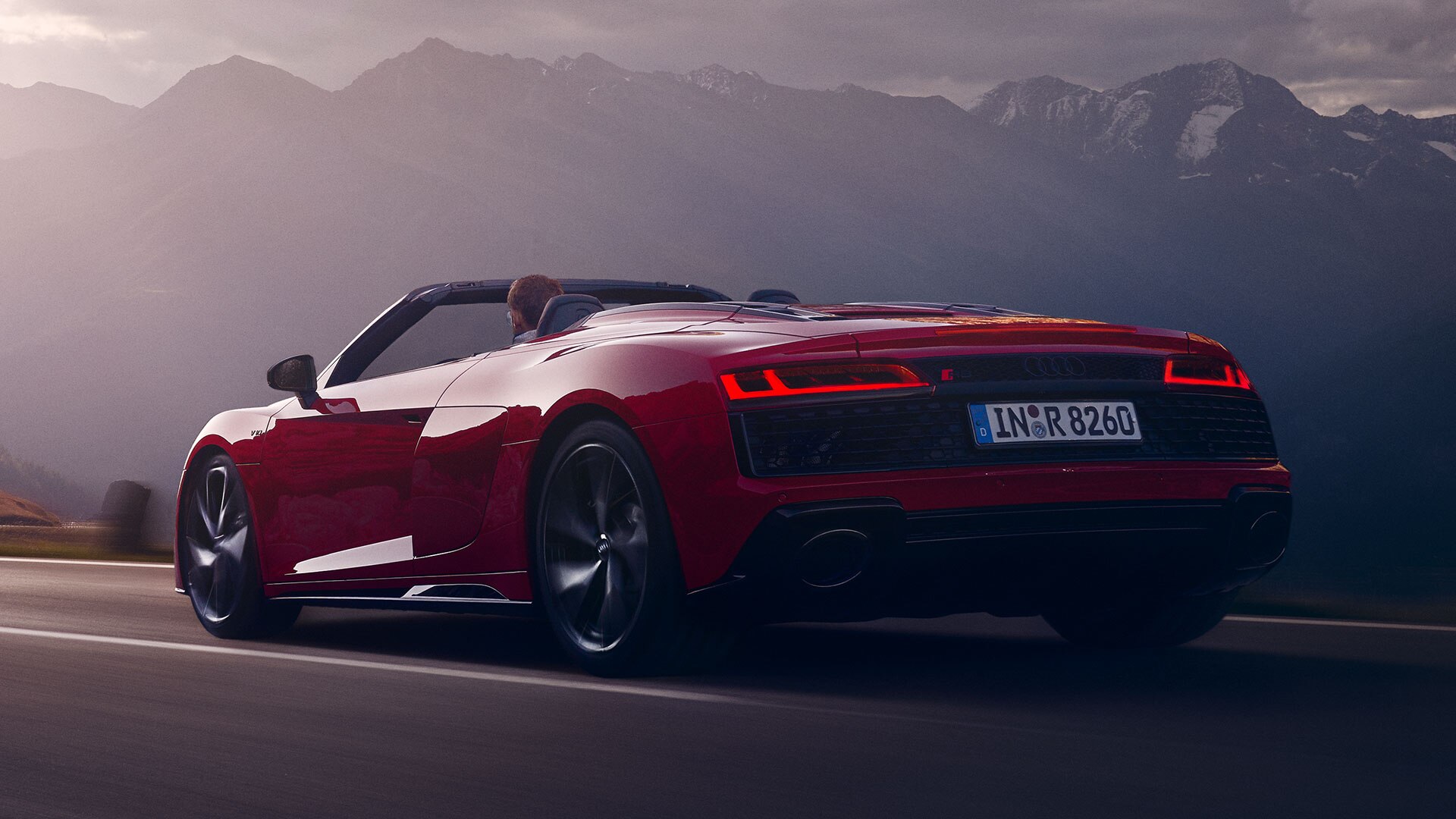 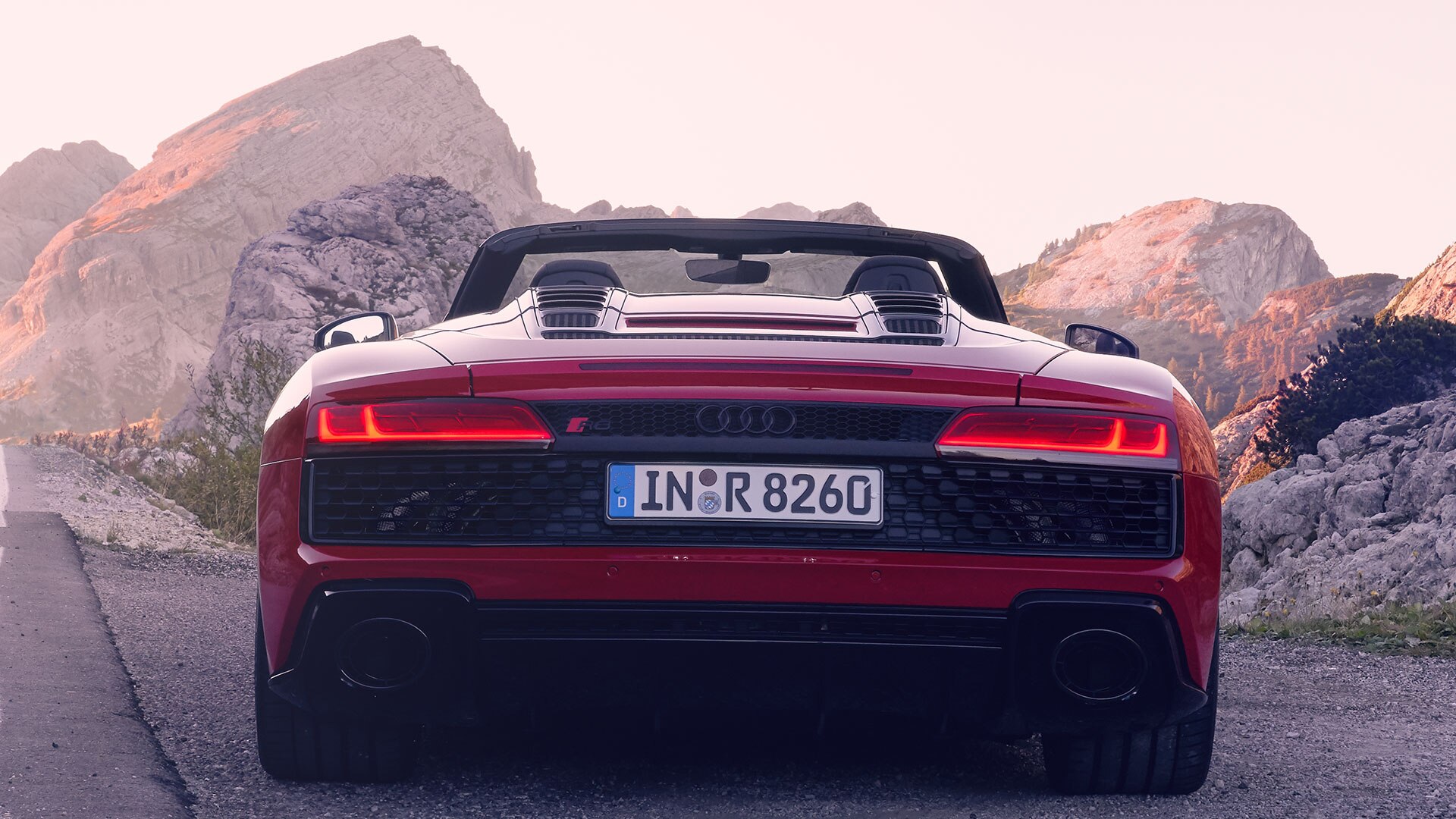 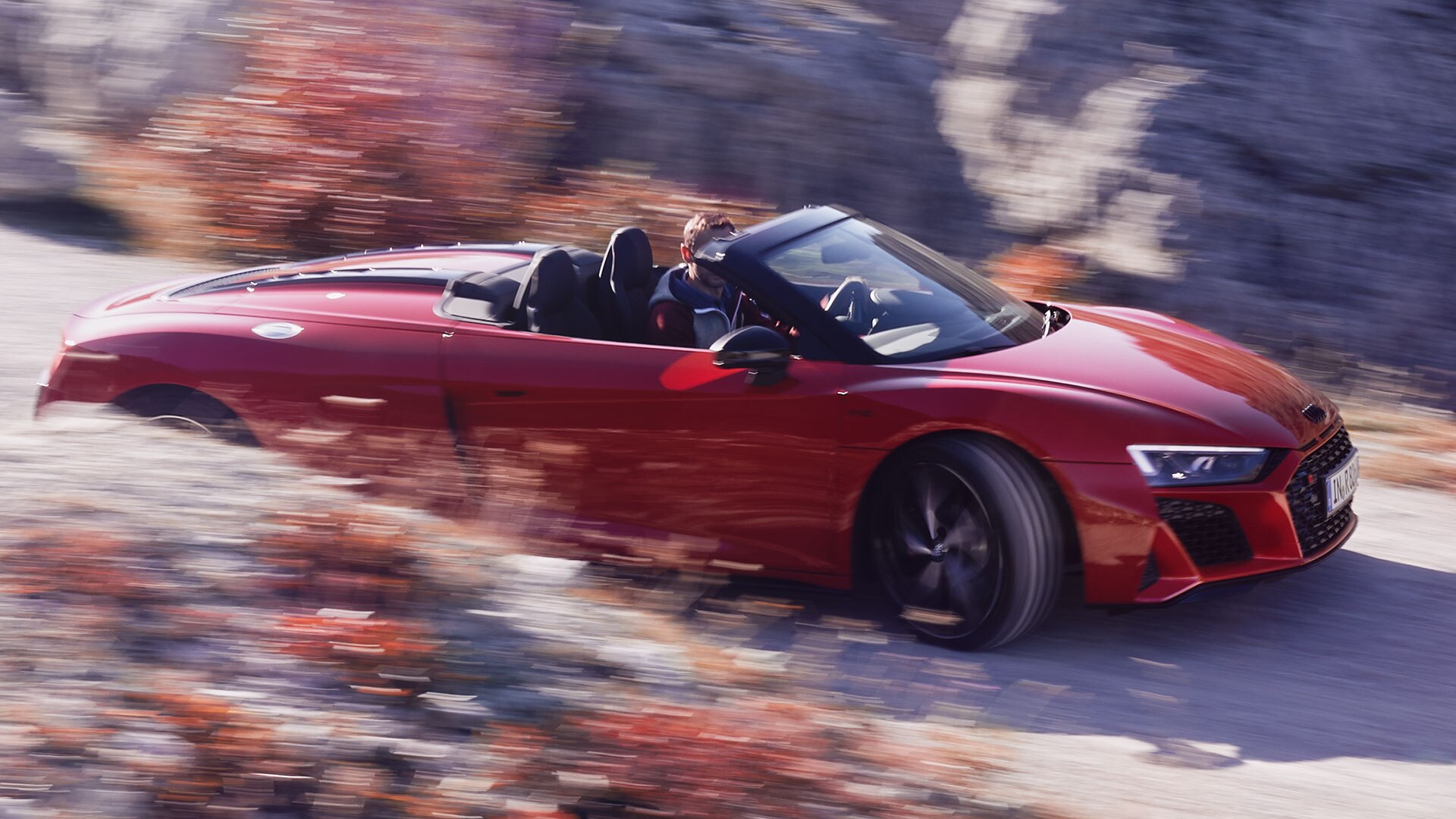 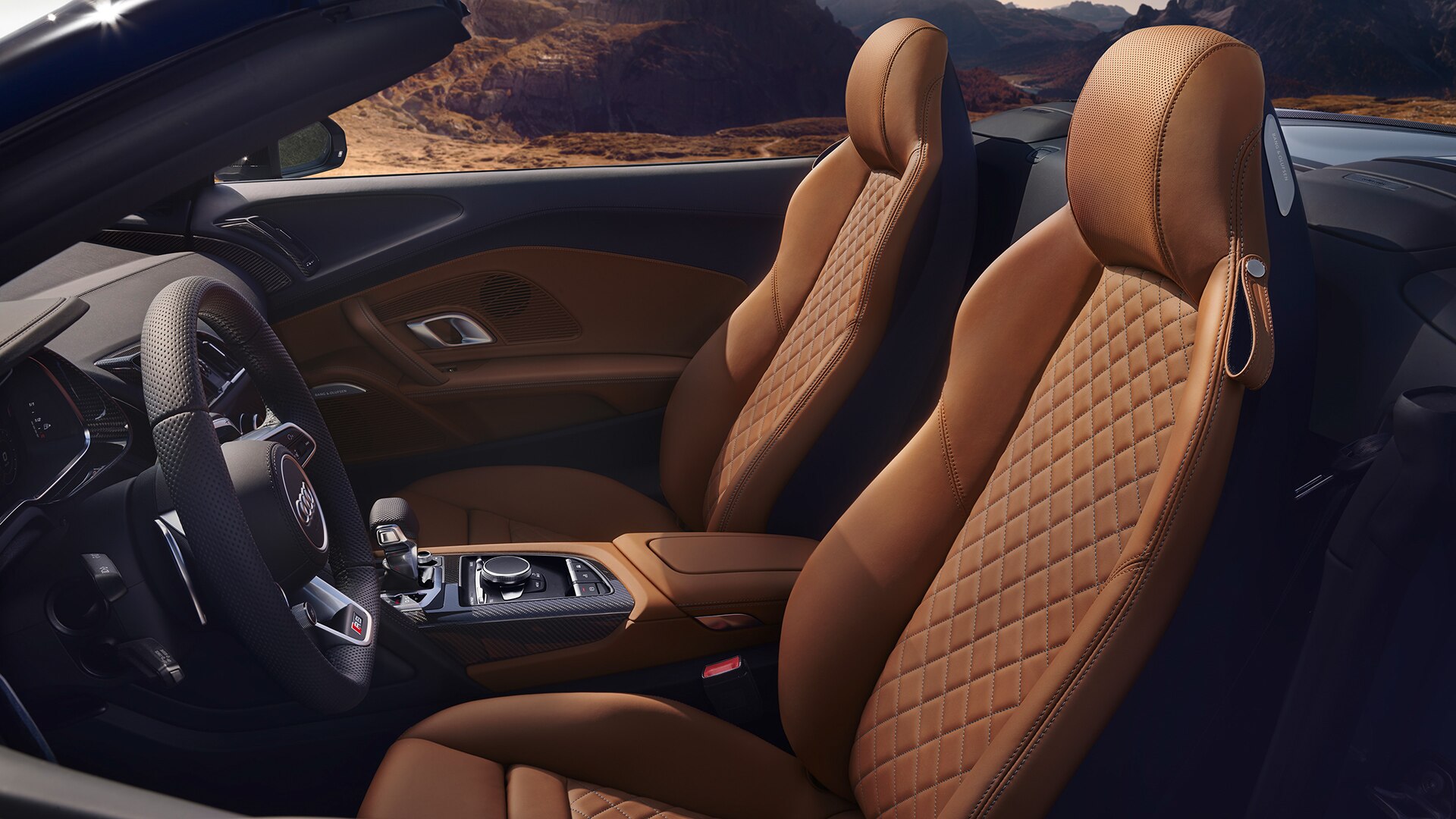 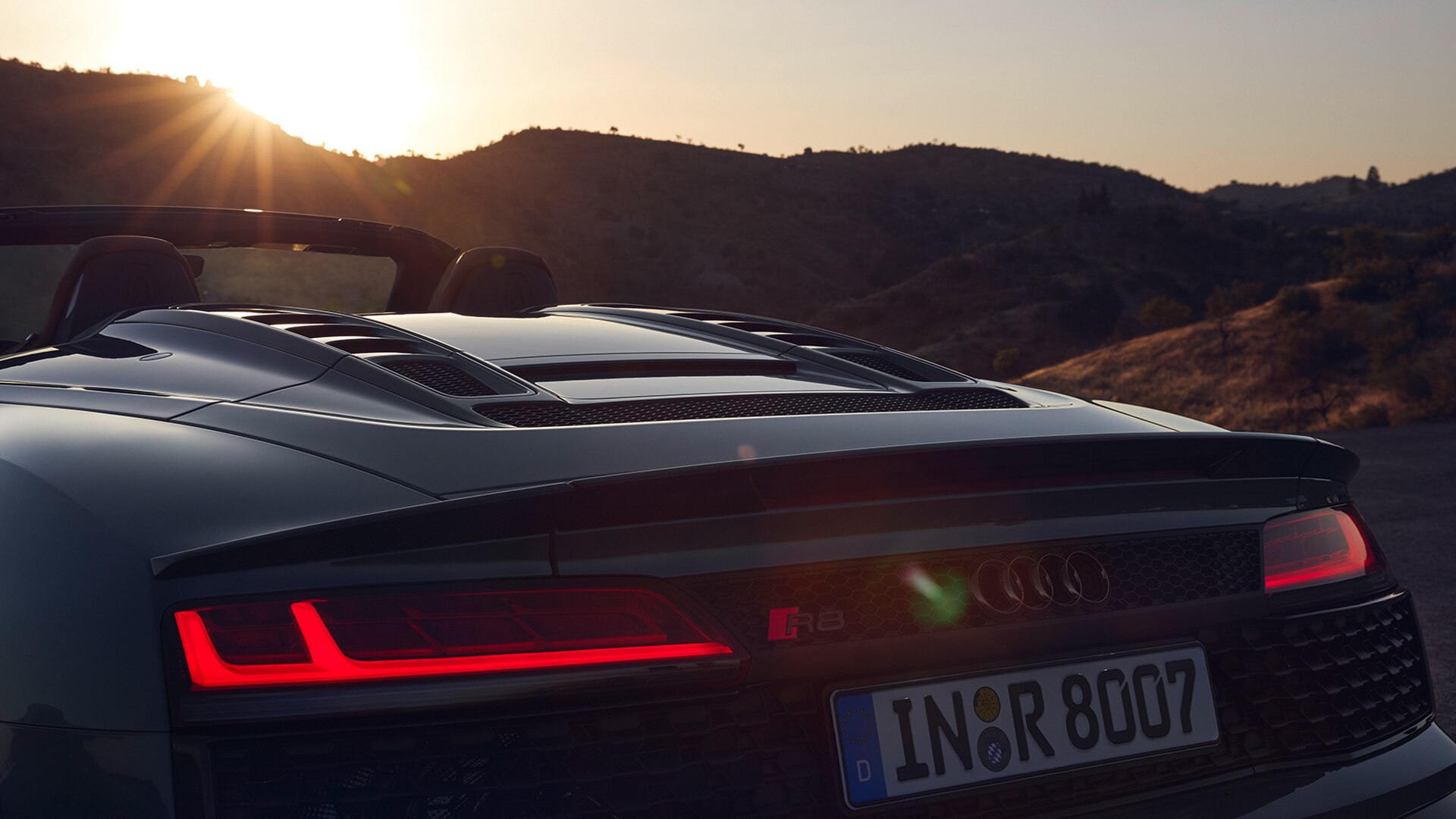 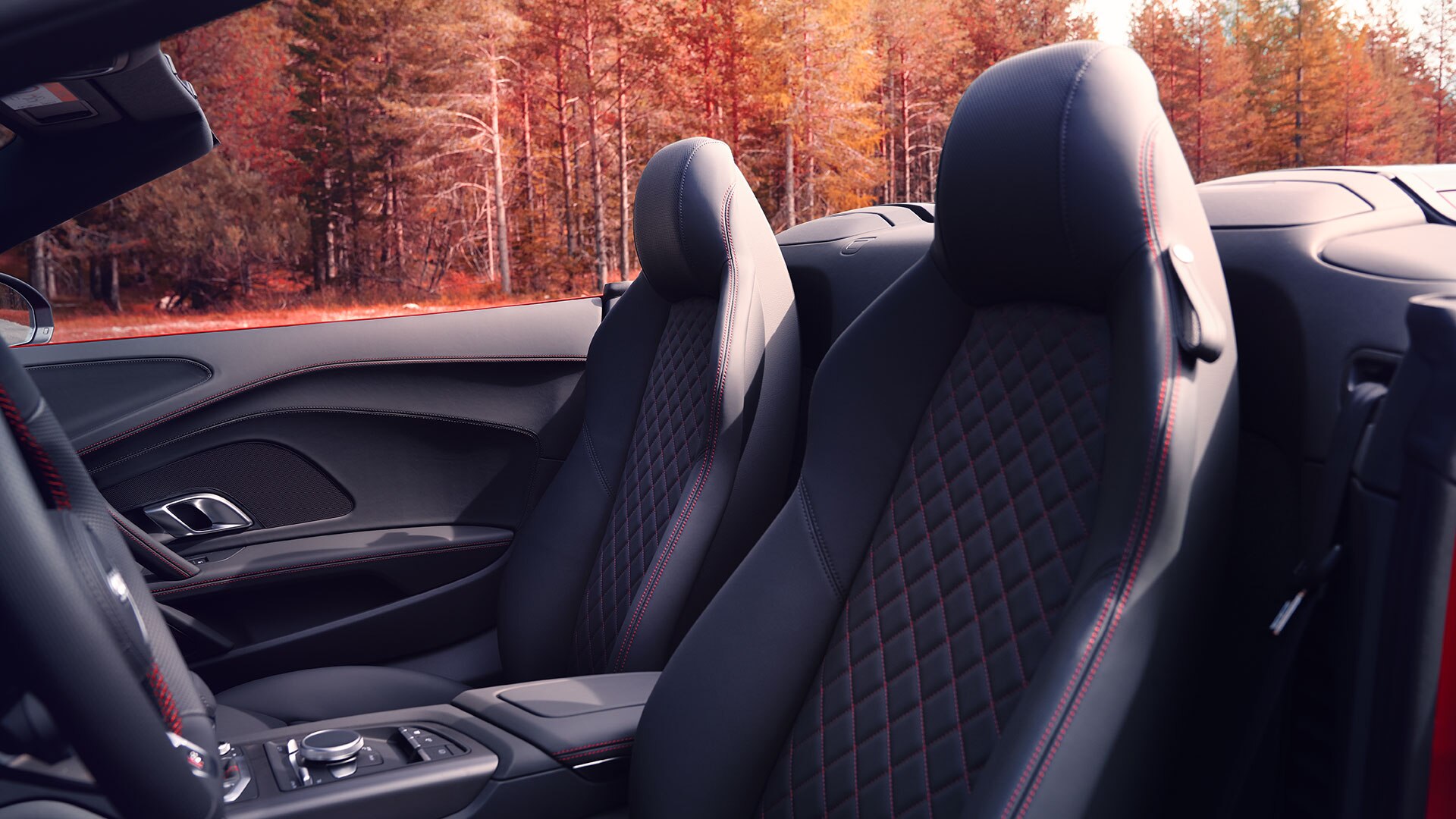 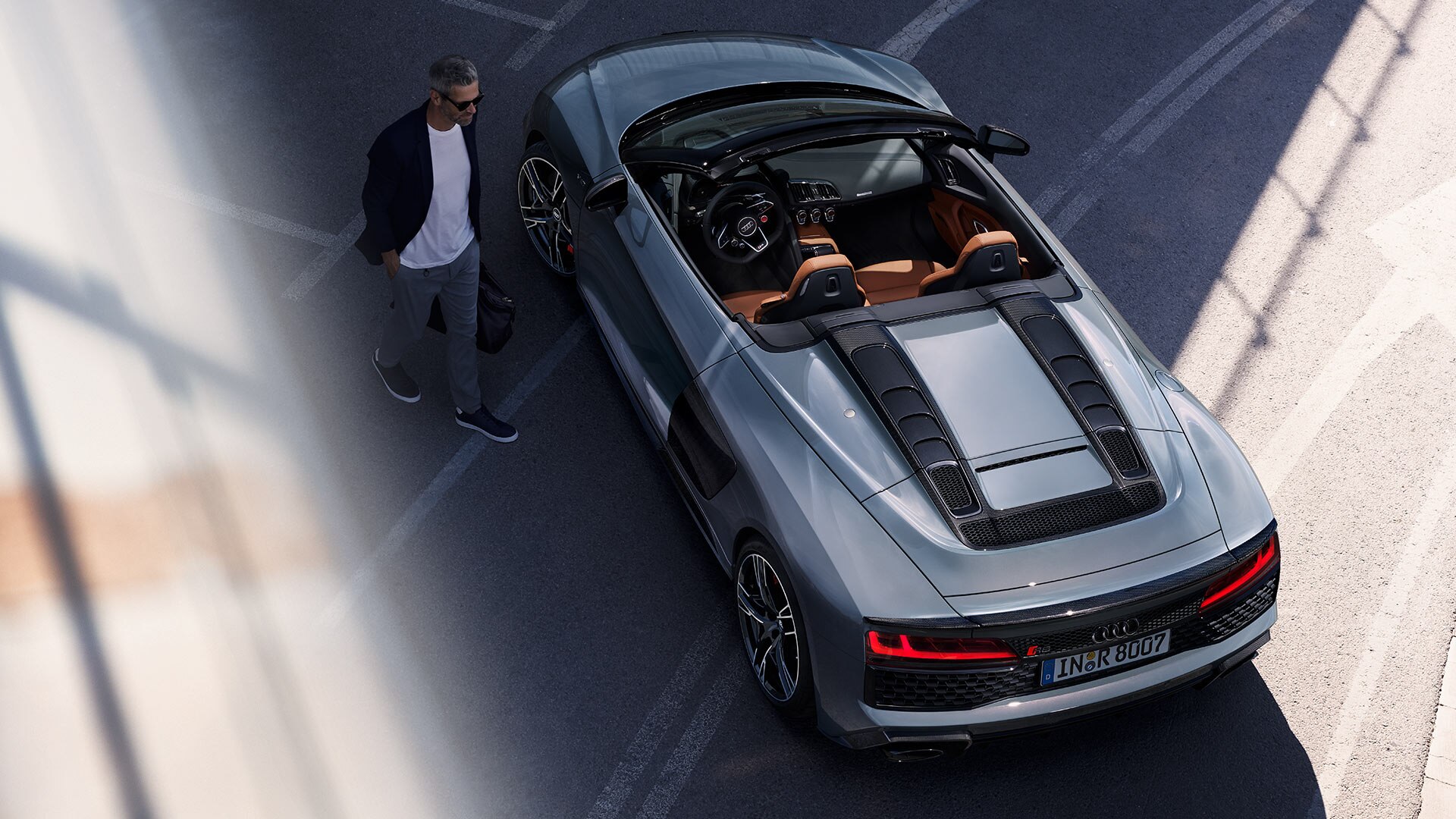 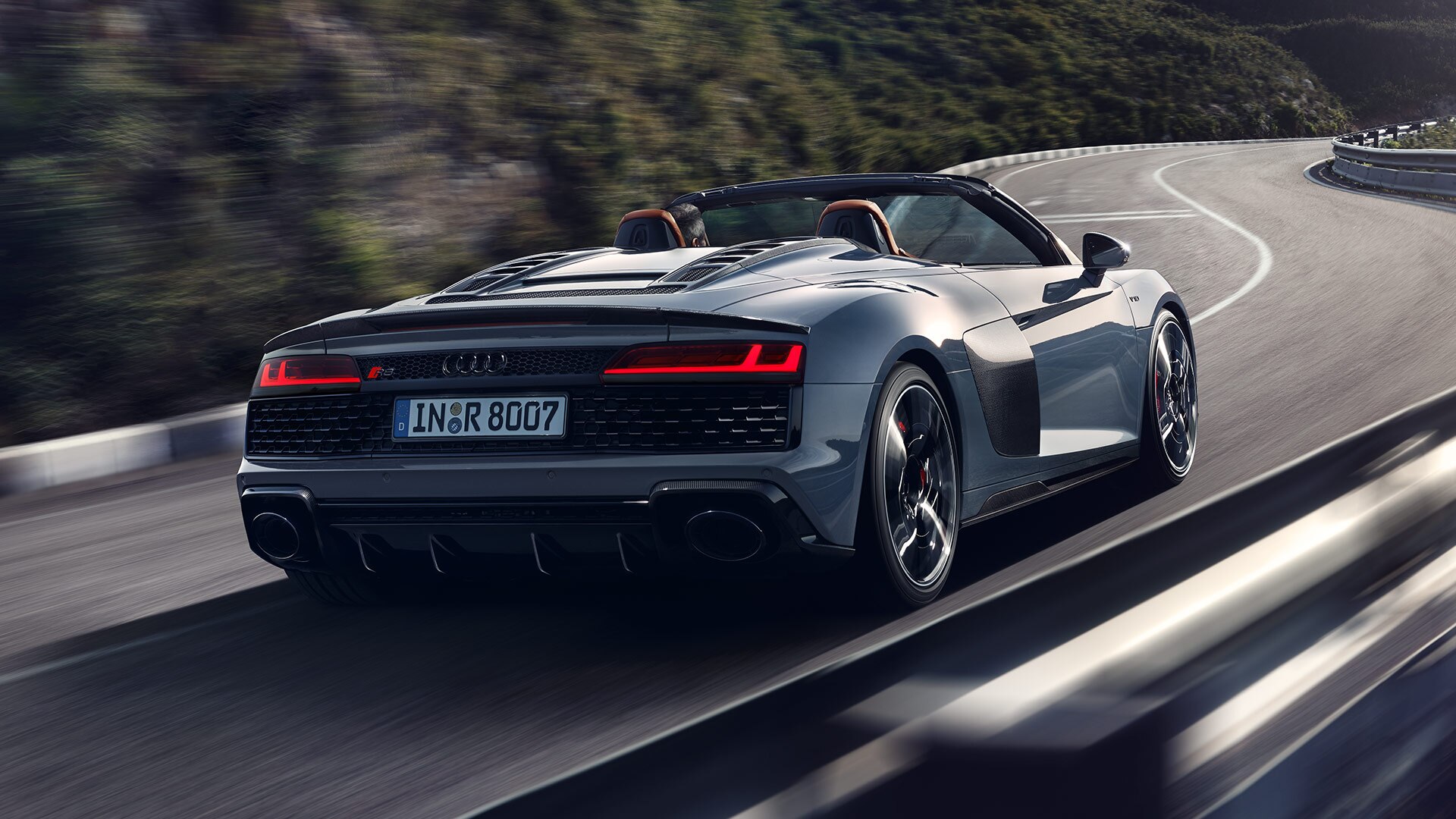 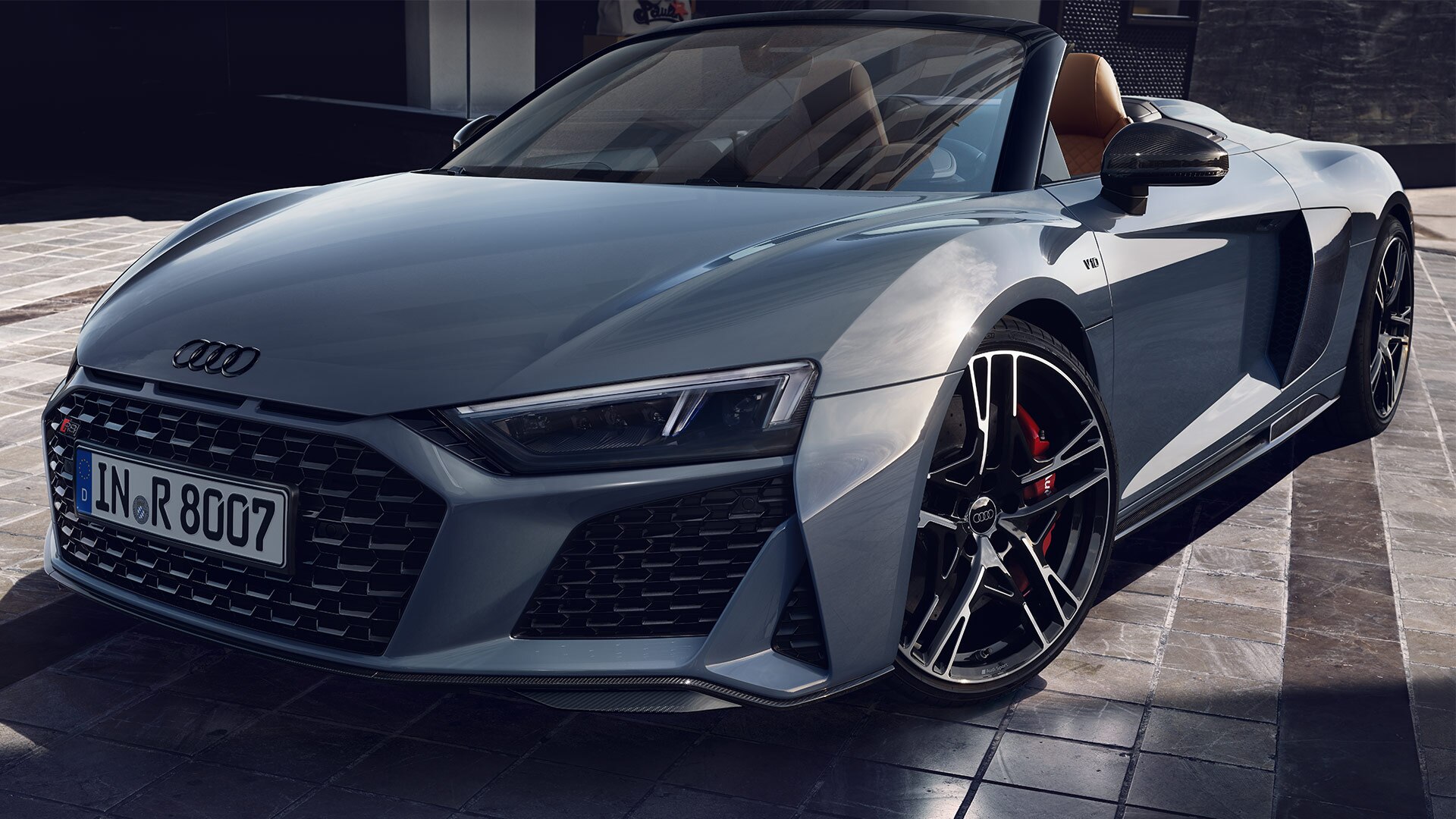 As the Coronavirus pandemic continues to evolve, we would like you to know that we are committed to upholding the highest level of hygiene across all our facilities for all our customers, their families and our staff. We have taken a number of additional steps to ensure this commitment is upheld throughout this time.

Please visit the below link for further information: